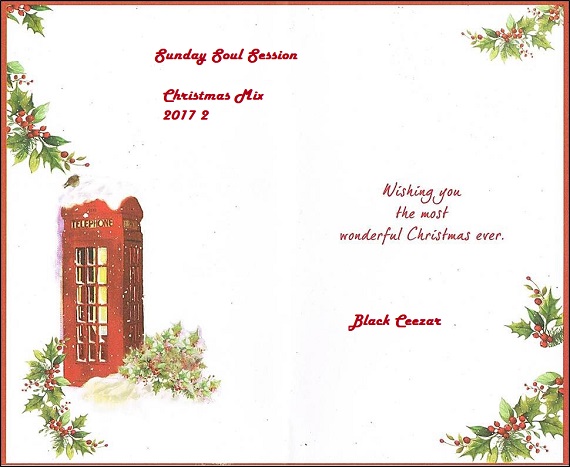 Another good Christmas mix. I went with traditional songs with this week’s entry. Enjoy. 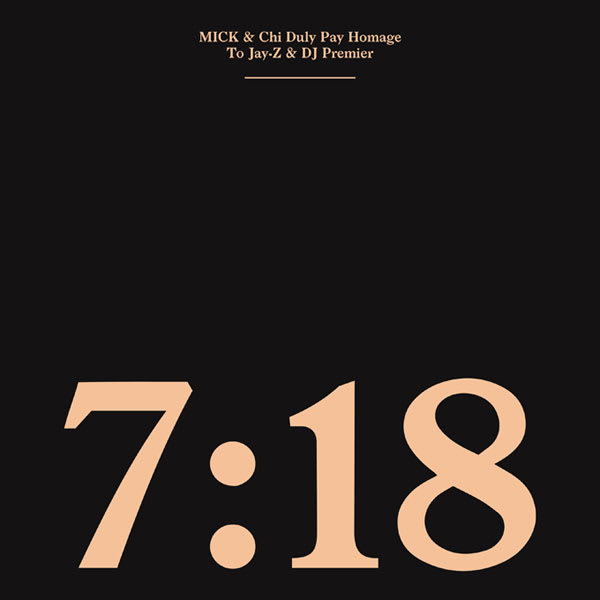 What happens when you take Jay-Z’s most lyrical and personal verses & juxtapose them with DJ Premier’s most dark and precise works? The result is 7:18. This mixtape is a love letter to the hiphop we grew up listening to. This is for the people who grew up analyzing the b-side of every Gangstarr and Group Home single. This is for the people who listened to Jay’s “A Million And One Questions” a million and one times.

This is music you should only listen to wearing Carhartt jackets and wheat Timbs. Do not listen to this album at a beach under a palm tree. This is music for a cold, grey day. Preferably enjoyed in a 1994 white Lexus. This is raw and uncut Brooklyn hiphop in it’s prime. A tribute to two of the best who ever did it, and in a way only we could bring it to you. We hope you enjoy this as much as we enjoyed putting it together.

You can never go wrong with DJ Premier beats, couple that with Jay Z and this already had me wanting to listen to it. Checking it out now as I post this. If you about that life click here. 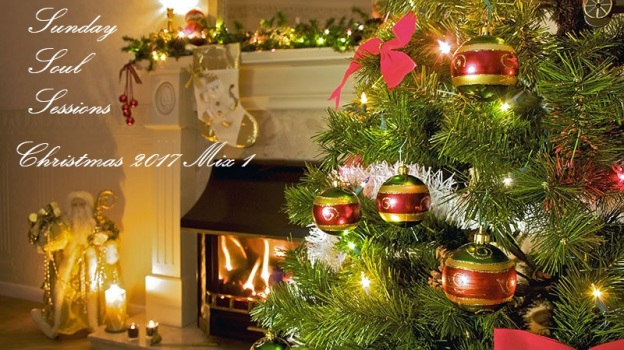 Another year and holiday season. I love this time of the year, to just hear all the renditions of so many Christmas songs, be it fun childish stuff that makes you smile as you sing them or the deeper songs that hold the true meaning of Christmas. This week it’s all about that Jazz. enjoy.

I remember picking up Robert Glasper’s In My Element and being surprised to hear the Hip Hop, soul and elements of other genres dispersed throughout the album. Although, already a Jazz fan, I was elated at hearing my generation’s music represented in an art form that was previously, largely guarded from exploration and breaking form. It seems from that moment until now, as the 2010s come to a close, Jazz has reversed its position and also permeated itself into the prevalent genres of music. Glasper aside, Jazz musicians have become the new rock stars it seems – Common even took Jazz musicians (Glasper, Karriem Riggins, Keyon Harrold, Derrick Hodge, & Elena Pinderhughes) to perform at the White House. The soundtrack to Kendrick Lamar’s critically acclaimed album, To Pimp A Butterfly was largely composed and performed by the West Coast Get Down, and some of your favorite emcees can’t perform without cats like Robert “Sput” Searight, Nate Smith & Maurice Brown.

In a movement of showing love to Rapsody, who dropped another great album today, Laila’s Wisdom, go download and support REAL HIP HOP and just great music, I thought I’d post this Tiny Desk Concert. On another not I think I have too many commas in that last sentence. I get at my kid about that all the time and now I’ve done it. Life 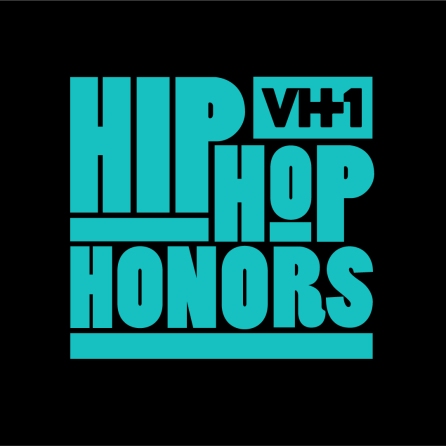 I saw Hip Hop Honors 90’s salute and came away lost about the whole thing. I didn’t see it live so I didn’t get the vibe from social media in real time, and the tweets that floated around were generous as well many sites that popped up when I Googled the show. My issues are many one being the time… An Hour? By time Martin Lawrence received his award the show was around the 30 minute mark.  Not paying any attention to the DVR I assumed it was a two hour show until Hype Williams received his award and it dawned on me an hour was almost up and all the names they mentioned to show up  have already done their thing. How do you focus on a decade and look to do such in an hour. Not to mention you’re talking about 90’s Hip Hop. the most diverse decade ever for the music. The West emerged as a power house The South was coming into their own and the sonic approach was diversifying. Too Short’s West Coast Bay Area wasn’t the same as Casual or Dru Down. So much was lost, not even talking about the genius of Diddy and how he shaped the sound of the 90’s as well as Dr Dre.

Maybe people were shown love according to who could and would show up. You can’t talk Hip Hop and R&B with Uptown Records. Whether you’re speaking on Guy, Al B. Sure, or Mary J and Jodeci, or Soul for Real and Monifah. The label merged to the two genres together perfectly. No disrespect to Mariah Carey, and after listening a second time I understood they were referencing her Pop status and how she used THAT to open the door to and showcase Hip Hop on a broader scale. All that said if you talk about Mariah Carey you have to include Mary J Blige. nothing any artists is doing now exsist if there wasn’t Mary j. Trust me other artists merged the two and a few did it well, Full Force being a major stand out in that comment, but it was something about what Mary J Blige did that made it feel normal. It was like a right of passage to connect with Mary J Blige. Wu, Duck Down, The Firm, Rocafella, Black Star, Common, Dre and many others made classic with the queen.

I want even begin to comment on how Jermaine Dupri should never be held as the reason Atlanta became hot. That’s Outkast and to a larger extant LaFace Records who let you know they were from Atalanta. I didn’t know Jermaine Dupri or Kriss Kross were from Atlanta until Outkast blew up… Fact.

The show felt rushed and to me all of this stems from the success of last year’s show that featured all female MCs. That had love and care written all over it, even when Diddy came and borderline hijacked the show. There was something about it that felt good. The reason it stopped in the first place was because Hip Hop doesn’t embrace it’s past or the people calling the shots don’t allow such a thing to go down.  That’s what made the first three or four Hip Hop Honors great, DJ Hollywood was honored… Some people still don’t consider him Hip Hop but once you find out what he’s famous for you understand that’s pure Hip Hop 101. VH1 lost it once they started looking to target a different audience while trying to keep it authentic. They learned what many Hip Hop people already know, just because you listen to the music doesn’t make you a part of the culture. Hip Hop Honors was less of an open invite and more of a window with the curtains drawn for all to see. Hip Hop will always be that because there’s so much going on all the time. The 90’s proved that more than any other decade. VH1 and any other network, I’m definitely talking about BET should really care about what they’re attempting to do when it comes to Hip Hop. The media will show love unless you totally drop the ball but the purist know phony ratings grabs and click bait when we see it. 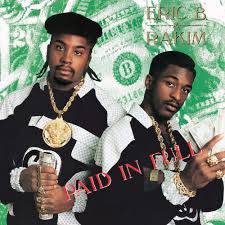 30 years ago today the album that truly changed the game in so many ways was released. To think during the recording process a rapper was laughing at The God as he track was being played back. The fact this almost didn’t happen if Eric B would have caught up with Bumpy Knuckles.

MCs had to really step their game up after this dropped. The great iconic James Brown career was resurrected with this album. The bars and vibe are the blueprint for every single MC that came after this, even EPMD was criticized for biting. The vibe was smooth operator/ deadly assassin. The lines from this album aren’t only still ahead of it’s time but have been used by most of the greatest MCs in the game at some point in their catalog.

Word is the duo have gotten back together. If all they do is just shows the culture will good for it. This was the Albert m that made me want to spit. The delivery was unheard of for that time. Everyone saying they’re are about this culture should know this album.